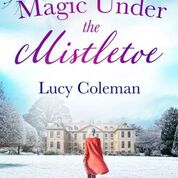 What they say:Christmas and romance are in the air…It’s December 23rd and while everyone else is rushing home for the holidays, workaholic Leesa Oliver is dreading switching on her out-of-office for the festive season. And it seems her equally driven boss, Cary Anderson, isn’t relishing spending Christmas at his family’scountry estate either.So together, they draft an unexpected Christmas contract: They’ll spend half of the holidayswith each other’s families, pretending to be a couple. Leesa knows the insufferably good-looking Cary will make her Christmas more bearable, but what happens after the last of the mince pies have been eaten…?Leesa signed off on a sensible business agreement, but somewhere, amongst the fairy lights and carols something seems to have changed… It seems there might just be some magic under the mistletoe this Christmas!Buy links:Amazon KoboGoogle Play iBooks
The review: you normally have me saying ‘just look at that cover!’ but although I’ll say that here ( and it is a beautiful cover!) , actually here my first thought is ‘look at that book description!!’ And oh my word look at it- there is nothing better than a romance where two people have made what is very much a business deal, only it’s personal, with far reaching personal consequences.
This is what we have here, two people who have decided to take the trimmings of a relationship to give themselves a bit of Christmas breathing space. The author, as always, does magical settings pristinely, as she does with the everyday too. I loved the characters, in particular Cary, who was more than swoon worthy! I’ll admit the Nathan/Leesa story felt slightly too dramatic for such a wonderfully bright  book, which sounds strange, but it just wasn’t me, but it didn’t impact my enjoyment too much.
The romance was gorgeous and the Christmas touches perfection. I devoured this book, and finished with a contented smile on my face. There’s a quote I underlined in the book that is unrelated to the actual book but apt. It says ‘heart-warming feel-good nostalgia at it’s best’  and I say this is ‘heart-warming feel good romance at its best.’ Beautiful. Thanks so much to Aria for allowing me to be part of this blog tour and for the book in return for an honest review.
Rating: 4.5/5 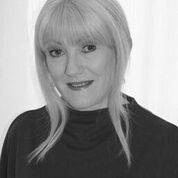 Lucy lives in the Forest of Dean in the UK with her lovely husband and Bengal cat, Ziggy.Her novels have been short-listed in the UK’s Festival of Romance and the eFestivalofWords Book Awards. Lucy won the 2013 UK Festival of Romance: Innovation in Romantic Fiction award.
Twitter:@LucyColemanAuth
Facebook: @LinnBHaltonAuthor
Follow Aria Website:www.ariafiction.com
Twitter: @aria_fiction
Facebook: @ariafiction
Instagram: @ariafiction