What they say:  From the author of the bestselling novel,The Note, comes this beautiful, romantic tale of finding love in the most unexpected places. Under the midnight sun of Arctic Norway, Cecilie Wiig goes online and stumbles across Hector Herrera in a band fan forum. They start chatting and soon realise they might be more than kindred spirits. But there are two big problems: Hector lives 8,909km away in Mexico. And he’s about to get married.

Can Cecilie, who’s anchored to two jobs she loves in the library and a cafe full of colourful characters in the town in which she grew up, overcome the hurdles of having fallen for someone she’s never met? Will Hector escape his turbulent past and the temptations of his hectic hedonistic life and make a leap of faith to change the path he’s on?

Zoe Folbigg’s latest novel is a story of two people, living two very different lives, and whether they can cross a gulf, ocean, sea and fjord to give their love a chance.

The Review: Cecilie Wiig, who works in a library and a cafe, is a fan of Depeche Mode. As you will see above she goes online and finds Hector Herrera, who is living a very different life in Mexico, where he is being emotionally blackmailed by his girlfriend of six years, Pilar, into marrying him. The book has a timeline that skitters about, as we see both through the forum and everyday life, how Cecilie and Hector are kindred spirits, even though they are literally worlds apart. We also get another pov, that of Kate, who suspects her husband may be cheating on her. I found Kate’s story the easiest to read and looked forward to how the three stories were going to join up.

I enjoyed Hector and Cecilie’s exchanges, even though their music and other cultural and artistic tastes didn’t really resonate with my own.  I’m afraid that although I loved the Norwegian setting, I also found the Norwegian bustle a bit confusing at times. There was surprisingly one or two scenes, both set in Mexico, that I winced a little at, finding them quite tough, but in a way I suppose I could marry it with the book in setting the scene of how different Mexico was from Cecile’s cozy Norway, or Kate’s very relatable home in England. That being said I was mesmerized by tragic back stories that made my gut twist and marvelled at fantastic settings that made everything so real that I was right there. I was very much taken by the story itself, looking to see how, if they could, they would end up together. Thanks so much to Aria for the book in return for an honest review.

Note: See my review of ‘The Note’ here 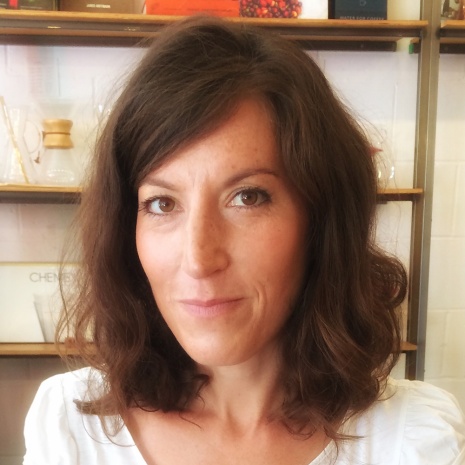 Zoë Folbigg is a magazine journalist and digital editor, starting atCosmopolitan in 2001 and since freelancing for titles including Glamour, Fabulous, Daily Mail, Healthy, LOOK, Top Santé, Mother & Baby, ELLE, Sunday Times Style, and Style.com. In 2008 she had a weekly column in Fabulous magazine documenting her year-long round-the-world trip with Train Man a man she had met on her daily commute. She has since married Train Man and lives in Hertfordshire with him and their two young sons. She is the bestselling author of The Note. 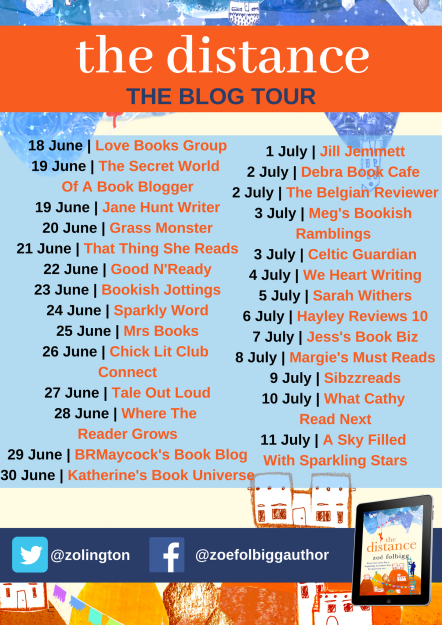 One thought on “#BlogTour #Bookreview The Distance by Zoe Folbigg”